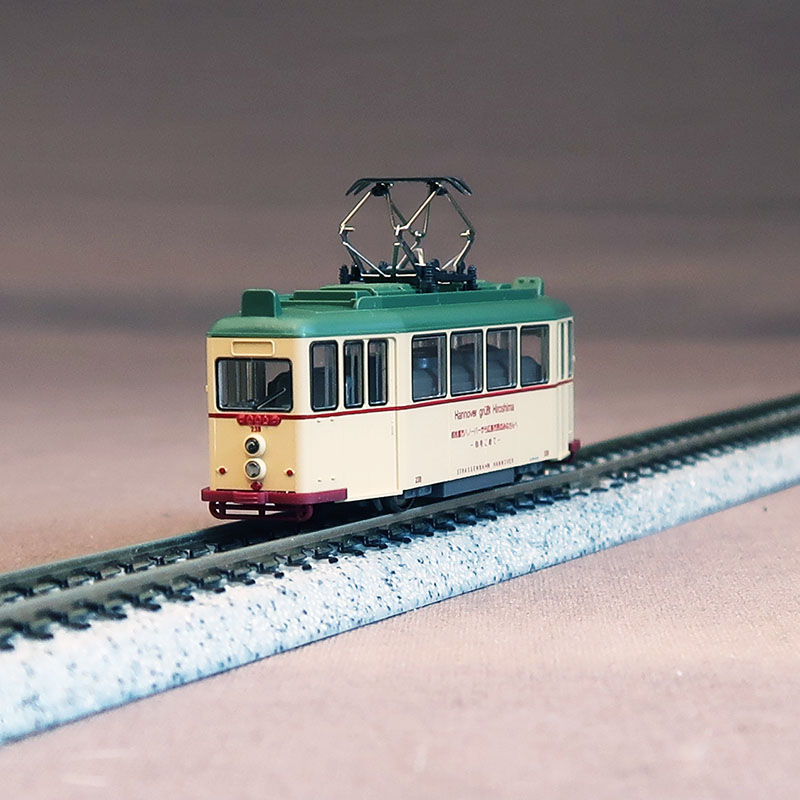 Information
The 200 type 238 belonging to Hiroshima Electric Railway is a vehicle donated by Hanover City in West Germany (at that time) in August 1989 to commemorate the 5th anniversary of the sister city tie-up with Hiroshima City. After entering the Hiroshima Electric Railway, it was operated on the Shirashima Line and later on the Yokogawa Line. Since the fall of 2018, it has been operated only for events, and every December it is decorated and used as a Christmas train.
The suspension has been renewed by adopting a new power unit that allows you to enjoy smoother driving with a coreless motor.