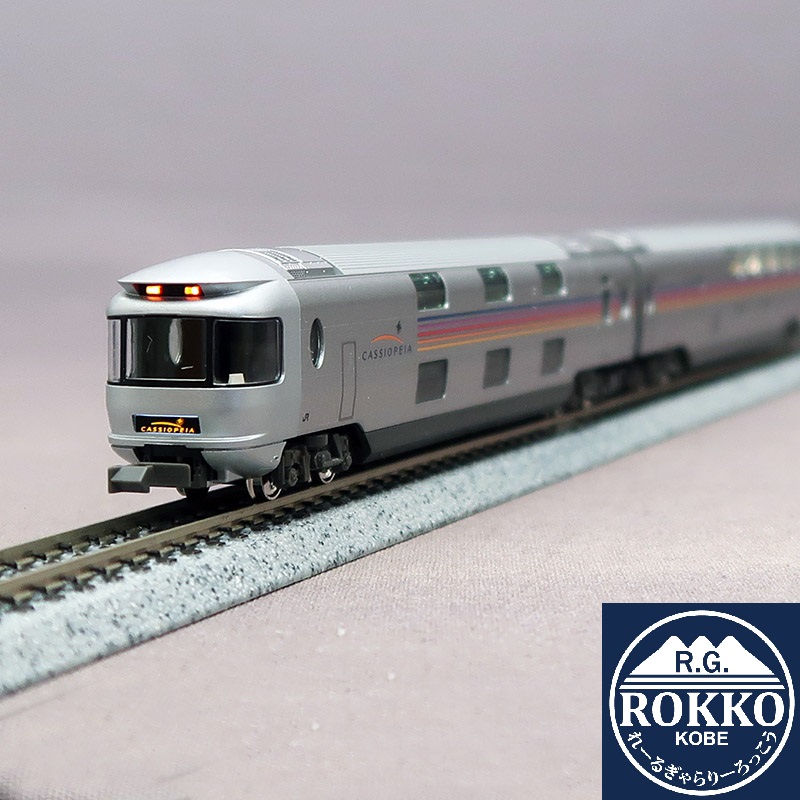 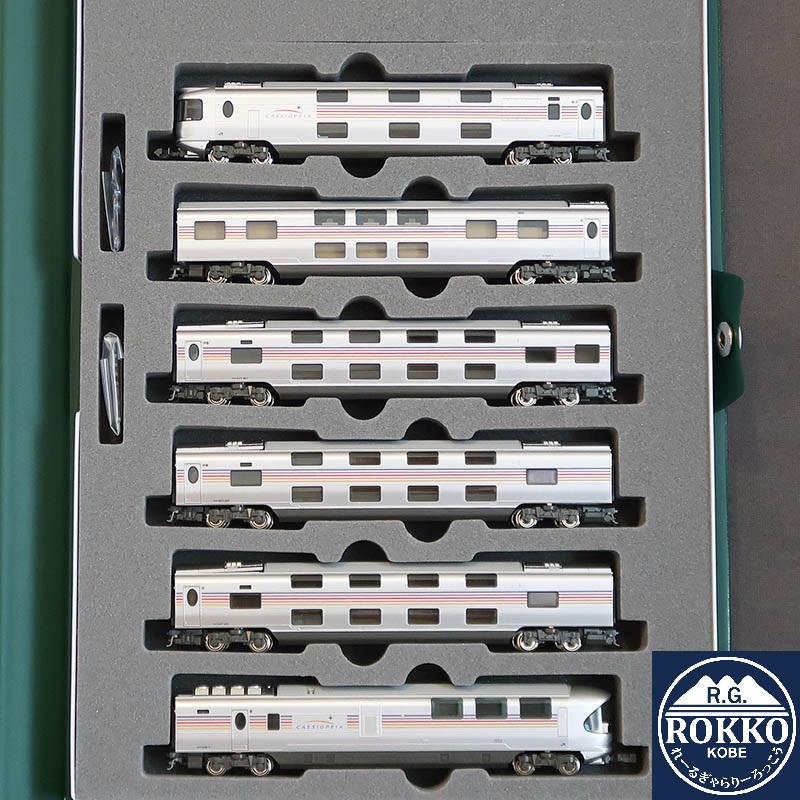 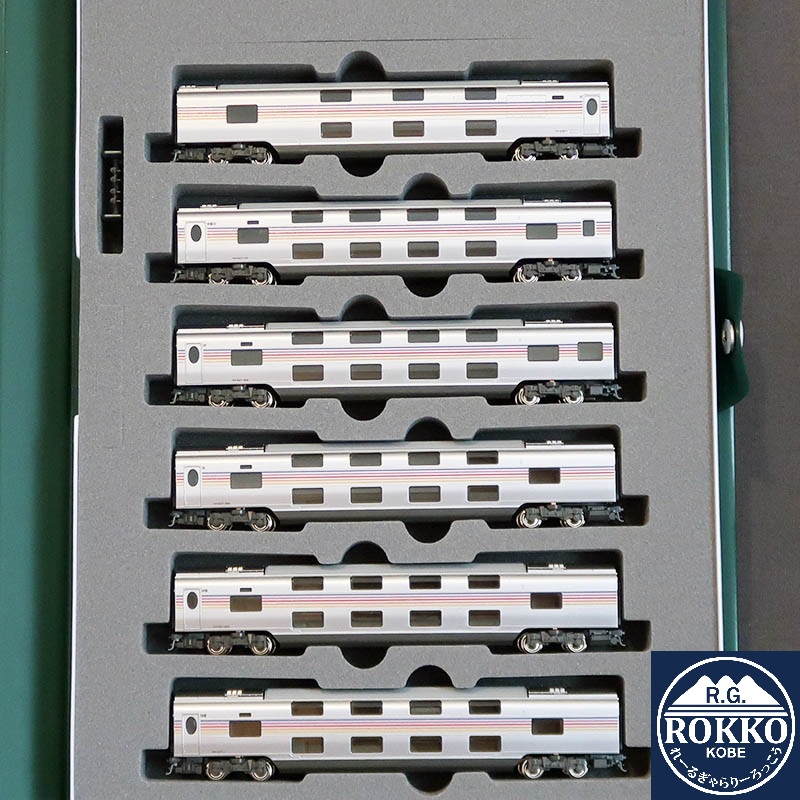 Information
The actual car appeared in 1999 as a new sleeping passenger car that is positioned as a higher-grade train of "Hokutosei", and was operated between Ueno and Sapporo under the train name "Cassiopeia". With the opening of the Hokkaido Shinkansen, the Seikan Tunnel will only operate on the Shinkansen and freight trains, and the regular operation ended in 2016. Currently, it operates as a group-only train called "Cassiopeia Travelogue" and "Cassiopeia Cruise".

The set composition of the E26 series "Cassiopeia", which was well-known as a night train from Ueno to Sapporo for Hokkaido, has been newly commercialized as a basic composition of passenger cars and an additional set.
Released as a regular train during the heyday (around 2005-2012) when traveling between Ueno and Sapporo. A head mark for electric locomotive is included so that you can reproduce it with your locomotive. At the same time, we will commercialize the EF81 Cassiopeia color, which is a traction machine with an impressive dedicated paint color. You can enjoy the atmosphere of the past with the locomotive.