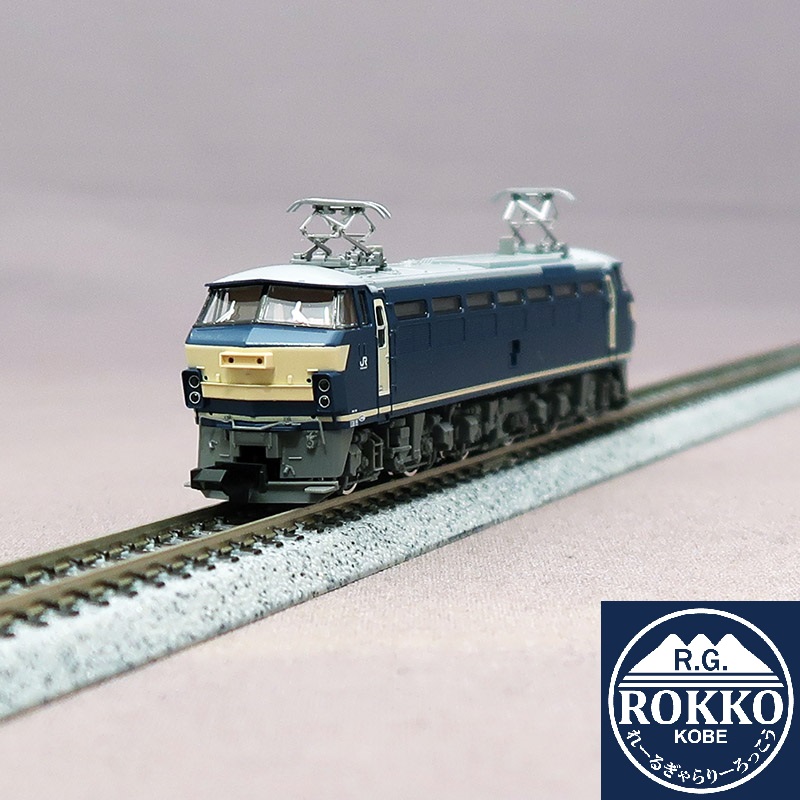 Information
Production of the EF66 began in 1968 as a single locomotive capable of towing a 1000t class high-speed freight train with a maximum speed of 100km/h, and 55 cars were manufactured.
-From 1985, it was selected as a towing machine for the Blue Train and was active.
-The EF66 type inherited by JR Freight has undergone renewal work, and in addition to changing the painting, some vehicles have removed the wainscot at the bottom of the body side and relocated the maker's plate.
The EF66 series, which underwent renewal work, was initially changed to a white-based paint that is common to other types, but from around 2004, it was changed to a new renewal color based on blue, and the renewal work has already started. Completed vehicles were also changed again.
The EF66 type, which has become a new renewal color, has retired due to the retirement of Unit 30, which was active until the end in 2018.