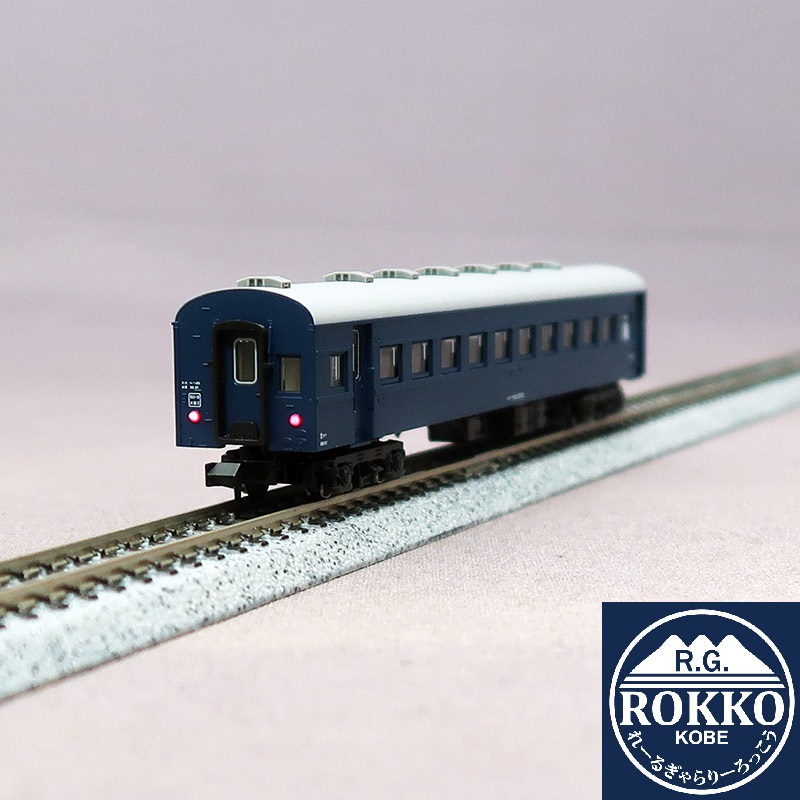 Informatiuon
The Oha46/Ohafu45 is a lighter version of the Suha43/Suhafu42 post-war standard passenger car Suha43 series. -Introduced in 1955, it was deployed nationwide except Hokkaido and was active in a wide range of express and local trains. With the steel roof, there is no canvas presser on the end of the car, and it is characterized by a clean end surface and thin side rain gutters, and the appearance can be seen at a glance even in the formation of the Suha 43 series.
From 1963 onwards, along with the modernization of guest room facilities (e.g., fluorescent lighting), the brown paint at the time of its introduction was changed to blue, and it was active until the end of the JNR.