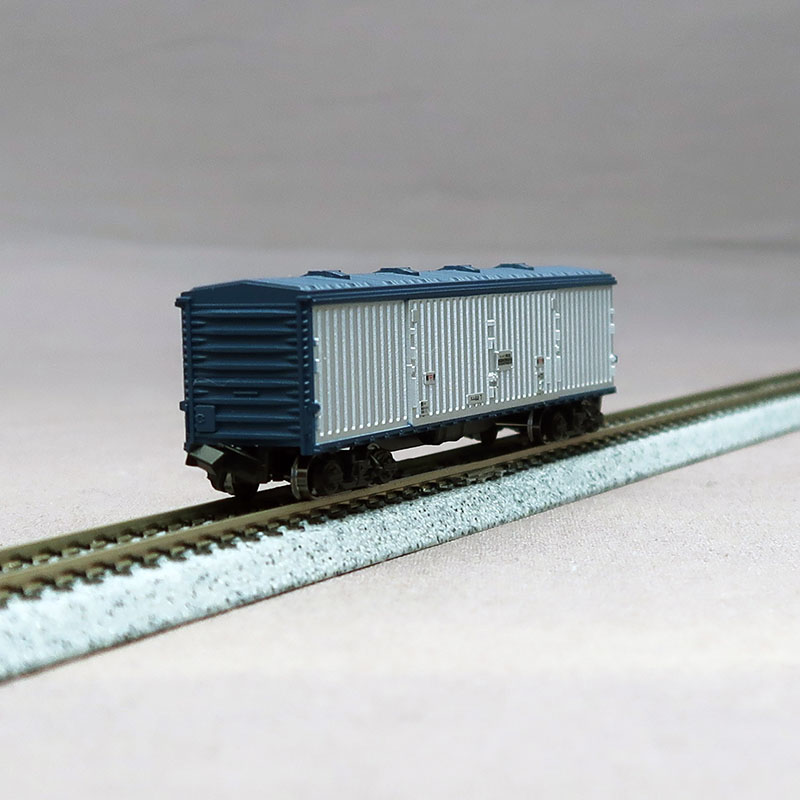 The Suyu 44 is a pallet cargo handling postal car that appeared in 1971, and is a privately owned passenger car owned by the Ministry of Posts and Telecommunications. Only the roof and wife's surface are blue, and 24 pallets can be stored in the aluminum press structure. Due to the abolition of railroad postal transportation in 1986, all cars were scrapped the following year.