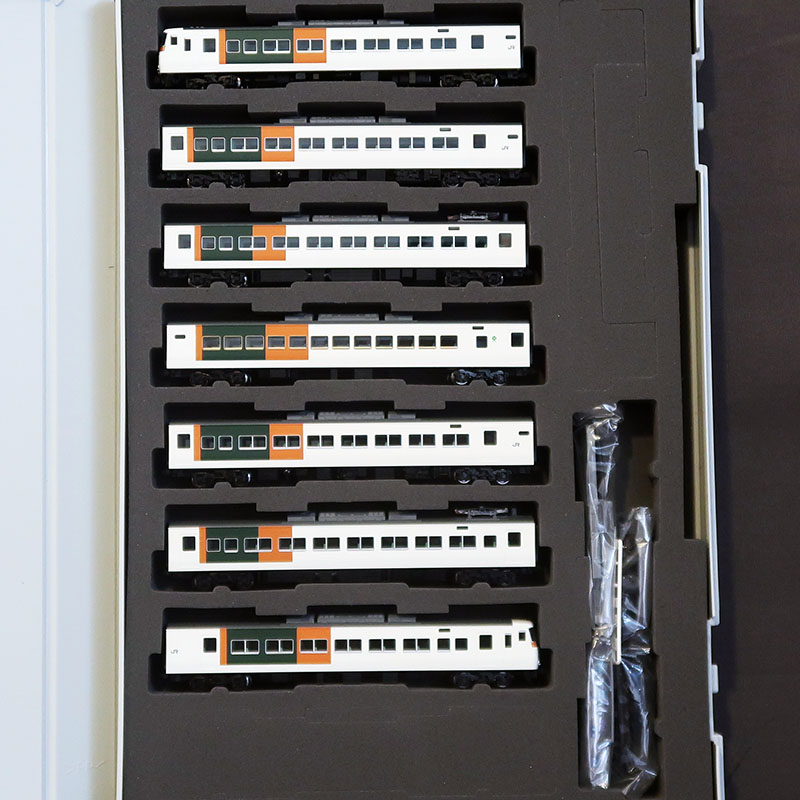 Information
Series 185 is a DC limited express train that started operation in 1981.
From around 1999, the vehicles in the Tamachi train ward were also renewed, and the body paint was changed to a new paint with a block pattern of Shonan green and orange based on white, and it was active until around 2017.
From around 2010, the skirt was changed to a reinforced type.