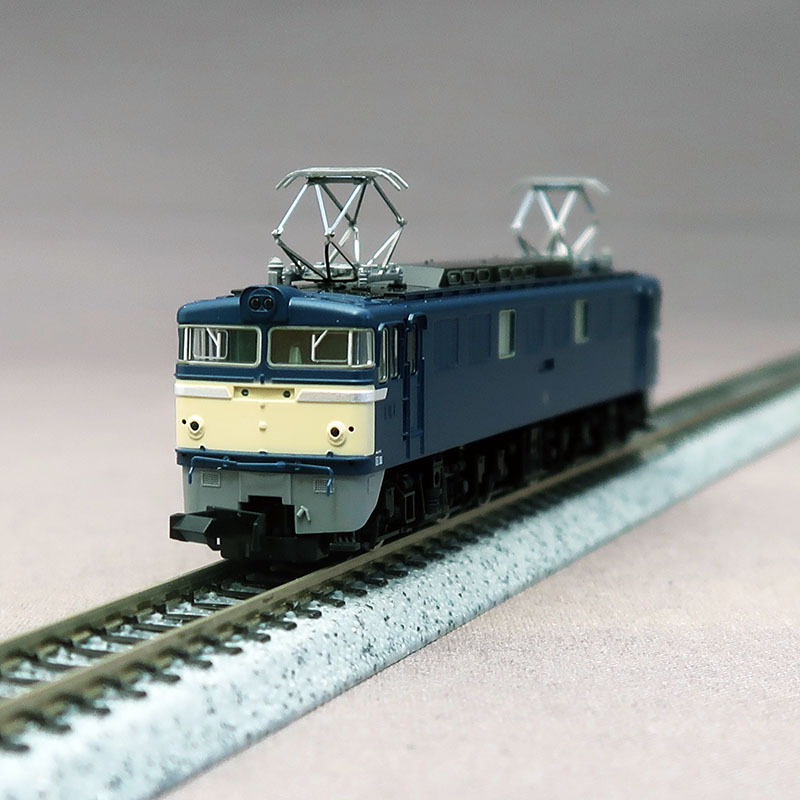 Information
14 cars of EF60-500 appeared in 1963, and were active in towing sleeper limited express trains until 1965.
After becoming a common operation with the general type, it was gradually changed to the same general color as the 0th generation, and in later years some vehicles had their headlights remodeled to a sealed beam two-lamp type.