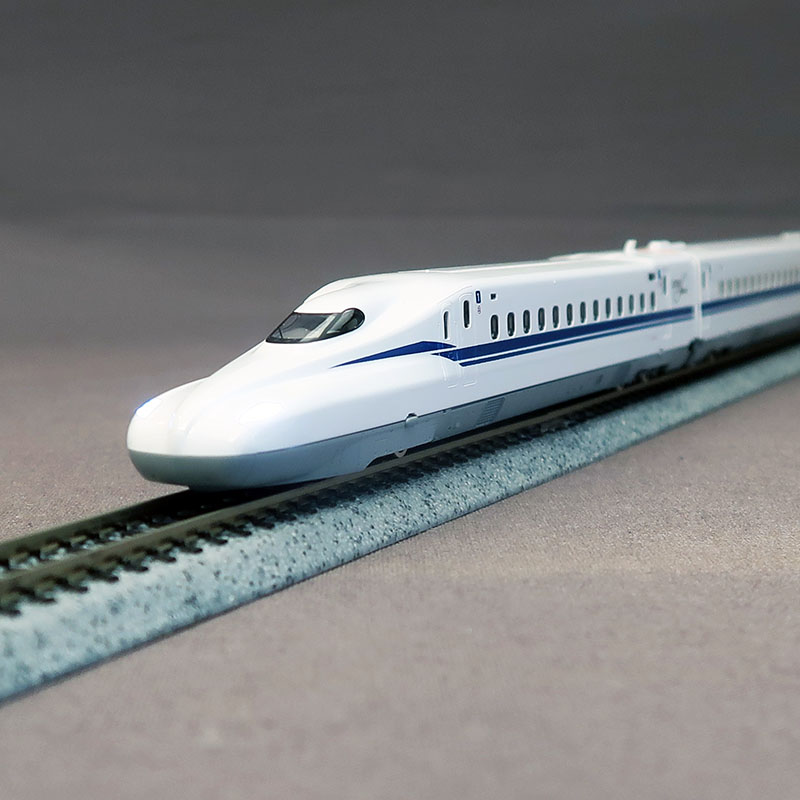 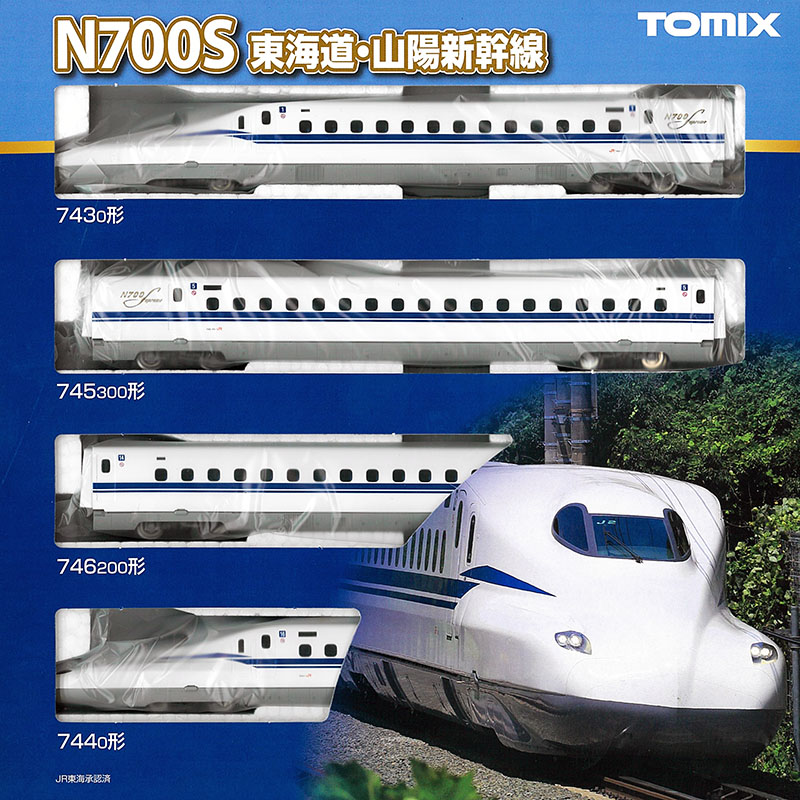 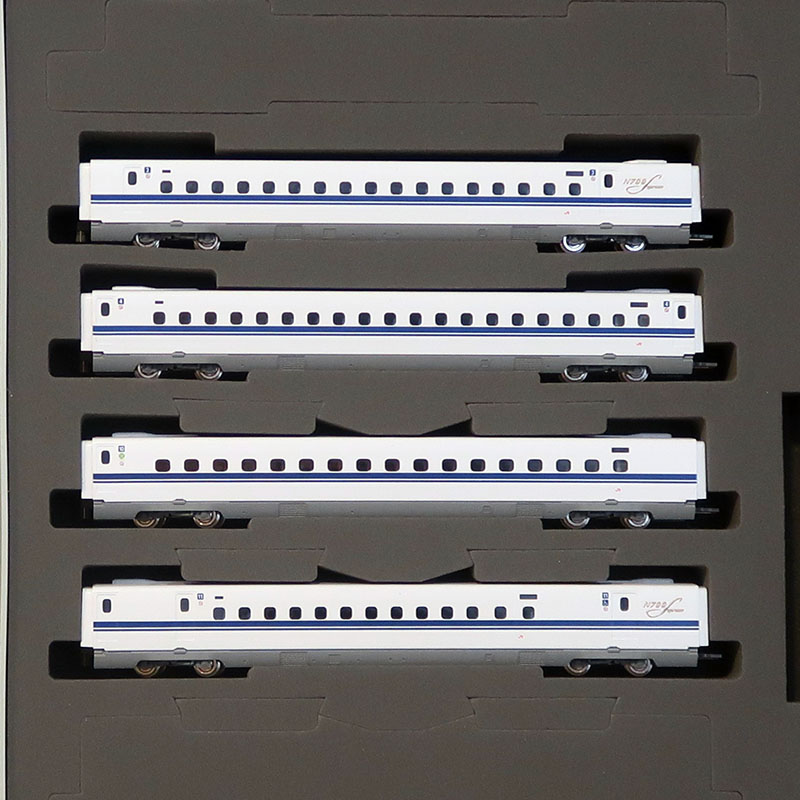 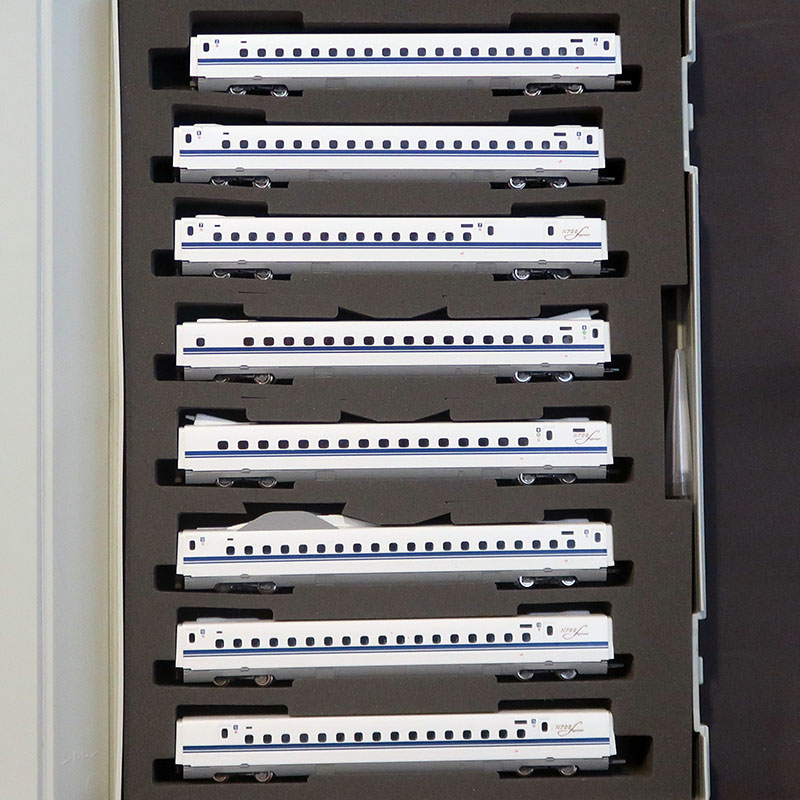 Information
The N700S is a new model of the Tokaido / Sanyo Shinkansen developed based on the conventional N700 series.
In March 2018, a confirmation test vehicle appeared in the same system, and various tests were conducted.
A mass-produced vehicle based on the confirmation test vehicle was manufactured in the same system, and in July 2020, the operation of "Nozomi" was started in the center.
For mass-produced cars, the front car cover and antenna shape have been changed.