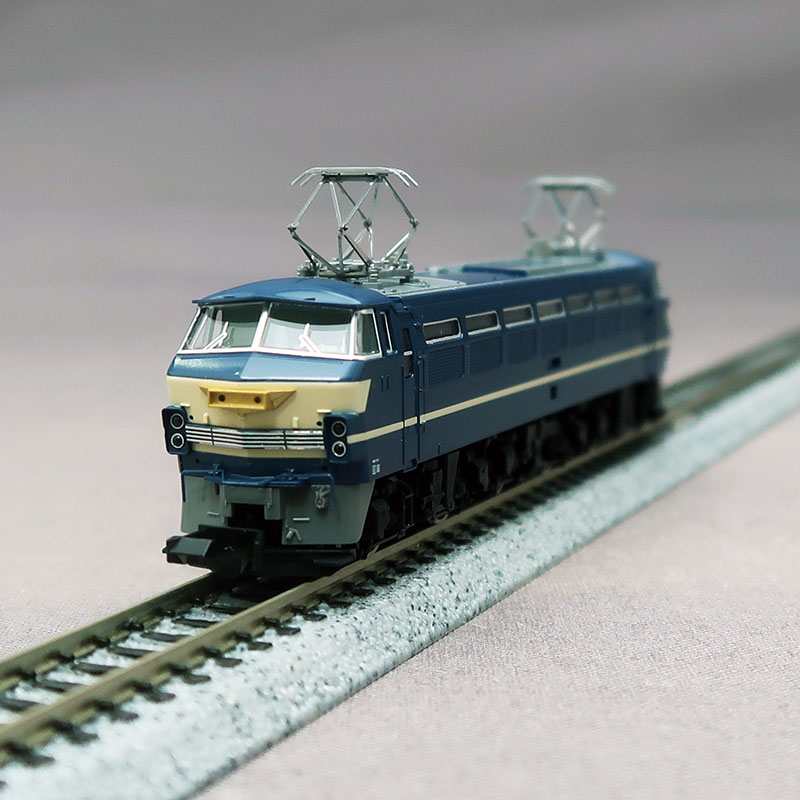 Information
Mass production of the EF66 was started in 1968 as a locomotive capable of towing a 1000t class high-speed freight train with a maximum speed of 100km / h by a single machine, and 55 0th generation cars were manufactured.
The early model corresponds to Nos. 1 to 15, and is characterized by the shape of the side inspection port and shoulder filter.
At the time of its appearance, it appeared without a front eaves, and later some vehicles were installed and remodeled.
Since 1985, he has been selected as a towing machine for the Blue Train and has been active.
Unit 11 is preserved and exhibited at the Railway Museum.