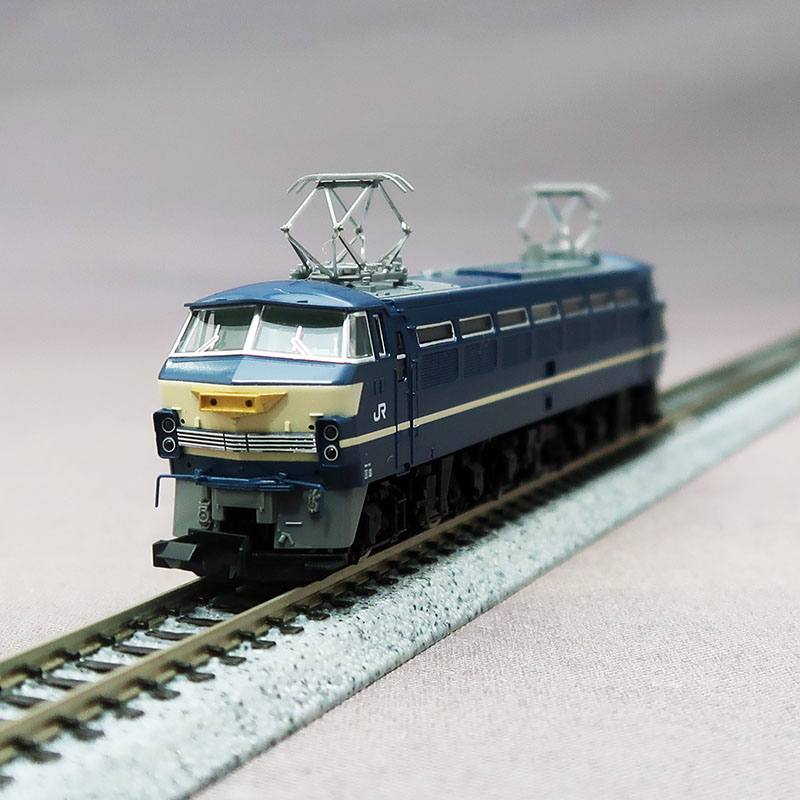 Information
Mass production of the EF66 was started in 1968 as a locomotive capable of towing a 1000t class high-speed freight train with a maximum speed of 100km / h by a single machine, and 55 0th generation cars were manufactured.
Since 1985, he has been selected as a towing machine for the Blue Train and has been active.
The latter model after Unit 21 is equipped with a eaves on the driver's cab window from the beginning of the new production, the main resistor exhaust port on the side shoulder of the car body is divided into four parts, and the equipment entrance on the side of the car body is equipped in the center. I did.