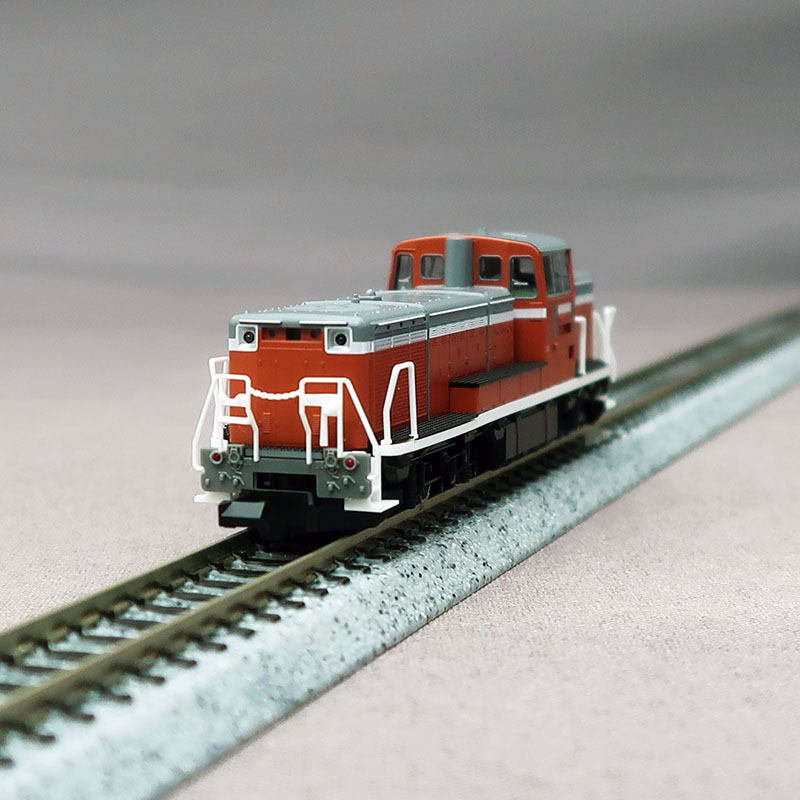 Information
The DE10 type was introduced in 1966 as a general-purpose diesel locomotive used for branch lines and freight car shunting.
It was the only JNR-type rolling stock that was inherited by all seven JR companies when it was privatized, and is now active in shunting and towing freight and temporary trains at six companies except JR Central.
The feature of the vehicles used in the Kyushu area during the JNR era was that the white belt between the headlights was omitted, and this painting was inherited by the vehicles that later moved to Honshu and reached privatization.