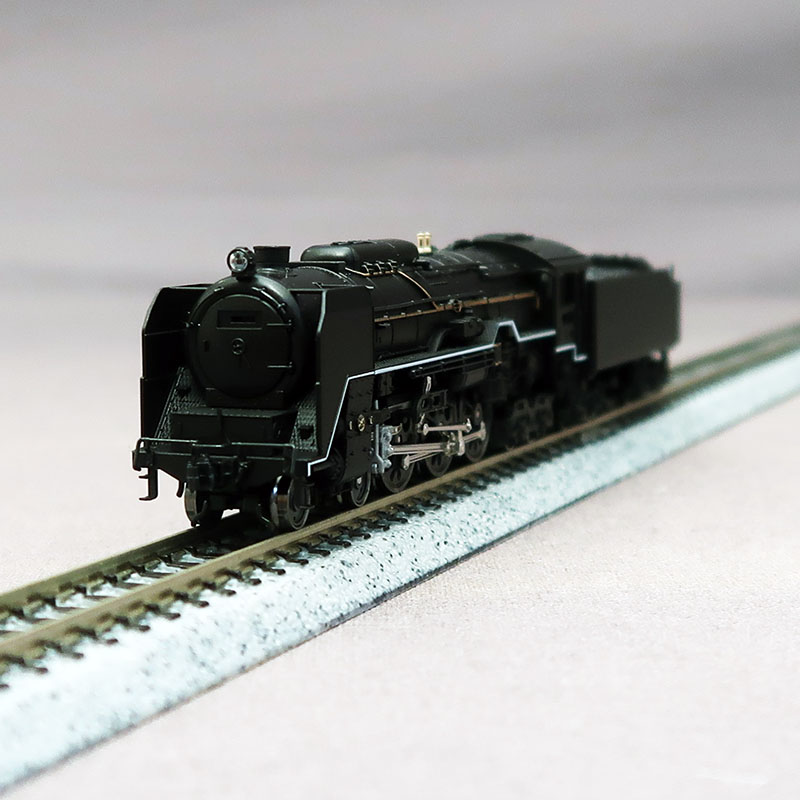 Information
The C62 type steam locomotive appeared in 1948 as a large passenger plane for the main line, which was based on the D52 boiler and combined with the 2-C-2 (Hudson) undercarriage. In 1950, after the appearance of the limited express "Tsubame" and "Hato", it was selected as a traction machine for the train, and it was active with the head mark raised and the side of the runboard painted white. Among these, there are vehicles with special cosmetics, and Unit 2 is characterized by having a "swallow mark" on the deflector (smoke eliminator) and edging around the deflector with stainless steel. It was nicknamed "Swallow Angel".