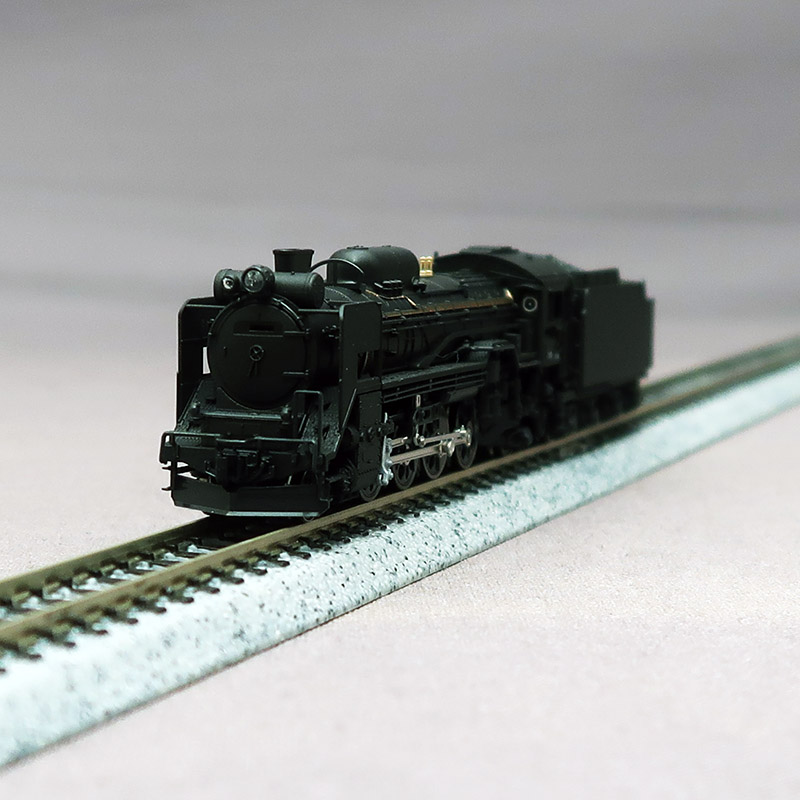 Information
JNR steam locomotive D51, nicknamed "Degoichi". Introduced in 1935, it is Japan's leading steam locomotive, with the largest number of 1115 cars manufactured in Japan. As a steam locomotive suitable for Japanese railways, it was a great success for both passenger trains and freight trains, from main lines to sub-main lines. Since it has been produced for a long time, it can be roughly divided into two styles called primary form and standard form.
In the 1965's, due to the modernization of power, electrification progressed on the main lines of various places and the places where steam locomotives were active were narrowed. Immediately before the SL boom that captures the brave figure of the disappearing steam locomotive in the picture occurs, at the highest point of the Tohoku Main Line, Jusohonki Pass, it is called D51 Triple Ren to tow a heavy freight train of 1000 tons. A hard run was unfolding. Unlike the Hakubi line triple-heading during the SL boom, it was a triple-heading on the northern main line, but not many people have visited it yet, and it appeared in the timetable revision due to electrification in October 1968. I erased.
KATO is a variation of D51, the primary type called "slug" and the standard type, which is called Okunakayama crossing on the Tohoku main line, and the activity of the triple series at the 13-honki pass (Numakunai-Ichinohe) We will commercialize it in a form called "Tohoku specification" to reproduce.