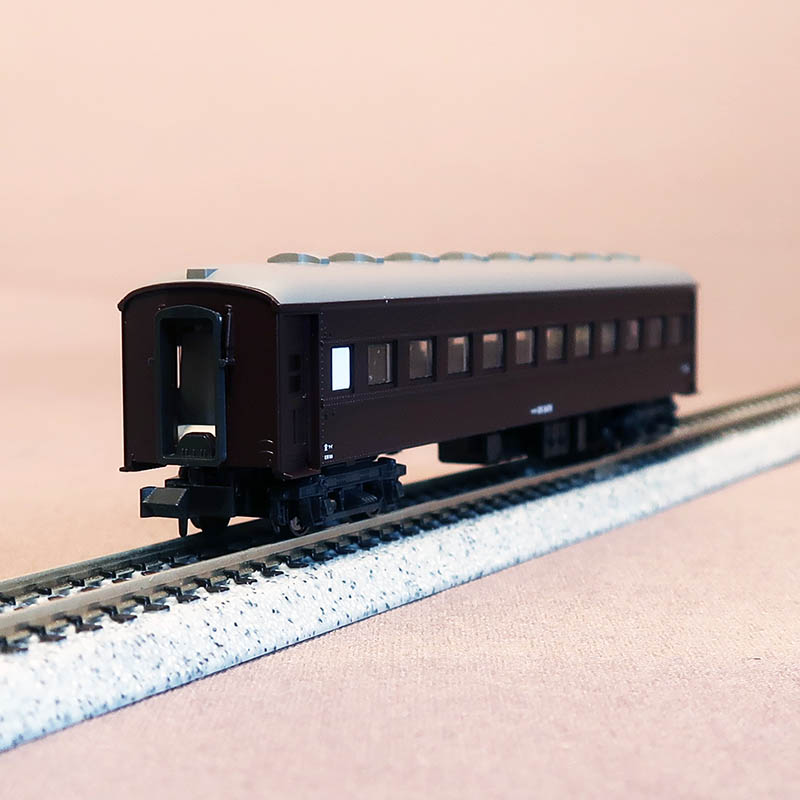 Information
The OHA 35 series is one of the leading passenger car types representing the pre-war JNR, and it is a series that boasts of the largest number of domestic passenger cars, with more than 2,000 cars being mass-produced.In 1939, he appeared with a structure that used his wife, a round roof, a 1-m wide cabin window, a TR23 truck, and welding. Production before the war was discontinued in 1942, but when production is resumed after the war, circumstances such as the difficulty of obtaining materials and the evolution of the construction method overlap, so it can be classified as a post-war form It appeared in its own form. The feature is that the round roof has been straightened (it has been narrowed down at first) as it is, and it has a form that is located between the OHA 35 series of general form and the 43 SUHA series of gables that will appear later.The truck also adopts the TR34 type, which is an improvement of the plain bearing TR23 type from the middle to a domestic roller bearing.Operationally, it was used in the same way as the general form of the Oha 35 series, so its range of activity was extended to line districts throughout the country, and its activity could be seen everywhere from express trains to ordinary trains.