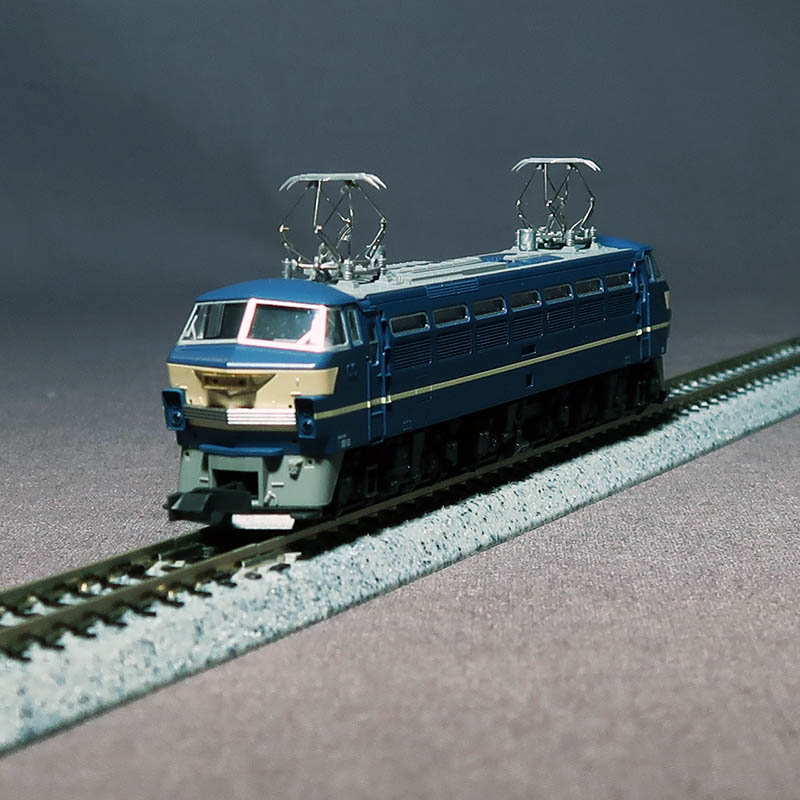 Information
The EF66 is a locomotive that was mass-produced based on the results of the EF90 (prototype) developed in 1966 (1968), and debuted in 1968 (1968). The high driver's seat and the design around the headlights reminiscent of the European electric locomotive was a novelty that defeated the image of the previously standardized JNR electric locomotive. The 11th model of the EF66 early form, which features an eaveless figure on the front window, is currently stored at the Omiya Railway Museum.