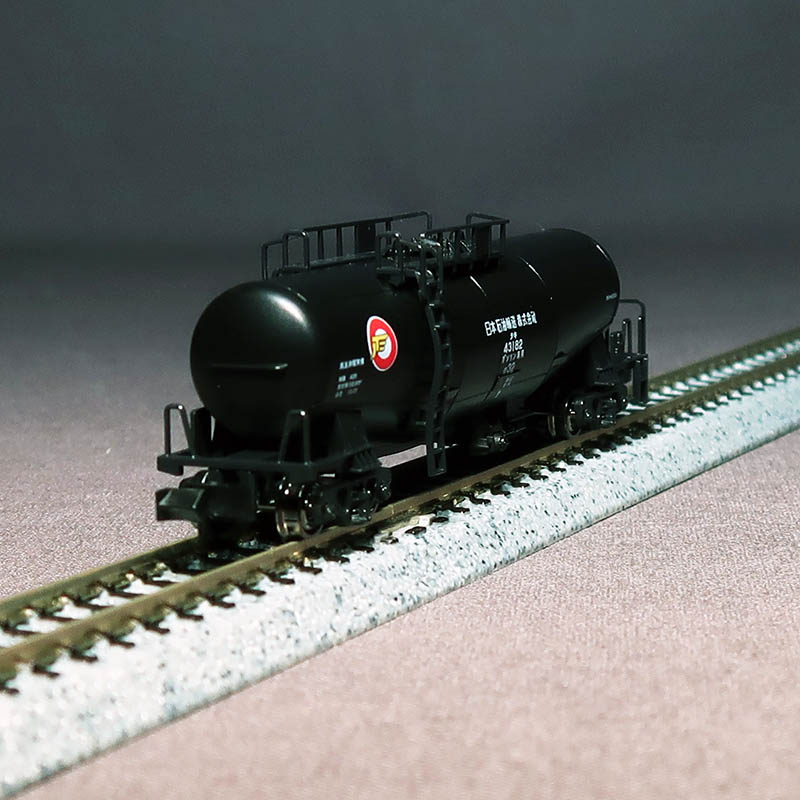 Information
The Taki 43000 tank car is a tank car exclusively for gasoline, and Nippon Oil Terminal Co., Ltd. was established in 1966 as a joint investment between JNR and various oil companies, and Nippon Oil Terminal Co., Ltd. was established, with bases established at Nishi Ueda Station and other places. It was developed for the purpose of approving trains.In order to improve transport efficiency, a frameless structure and a tank body with different diameter cylinders are used to expand the volume to the limit, achieving a load of 43 tons. The exterior paint color was an exceptional blue No. 15 (dark blue) as a gasoline tank car for identification. Production will be suspended following the tank car structure standard revision of 1974 (1974), but production will be resumed in 1982 (1982) after design change, and various design changes will be repeated thereafter to a total of 819 WillNippon Oil Transportation adopted the same format from 1974 (1974) and began to introduce it. New production vehicles belonging to Nippon Oil Transportation (1990 Taki 243666-) since 1990 are painted in emerald green and light gray, and a change of image is planned.