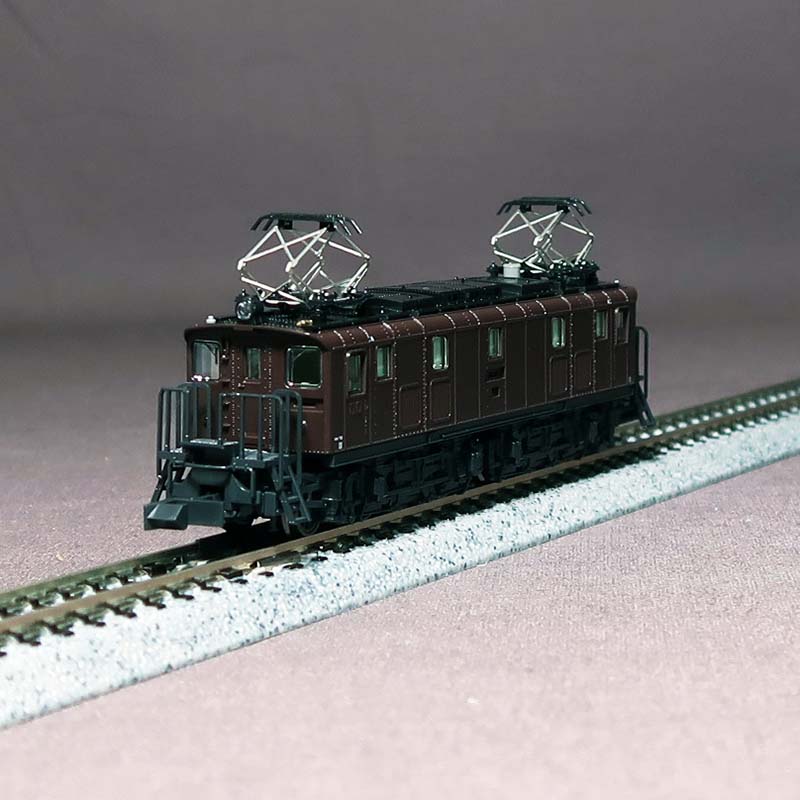 Information
In the era of Showa era 1931 (1931) the Ministry of Railways prior to the National Railway, imported electric locomotives were the mainstream, 18 of them were manufactured as domestic small-sized medium-sized standard machines, and when it appeared, the Sasago tunnel And the Shimizu tunnel of the Joetsu line. After the war, it was arranged in the Ome Line, Gomikoichi Line, Nambu Line (Tachikawa Agency Area) and Hanwa Line (Feng Agency Area), but around 1965 (1965), all 18 aircraft were gathered in the Tachikawa Agency area , It became operated as a special train of limestone transport connecting Okutama and the Keihin industrial area, and it is a locomotive car that has been active for 50 years for a long time, until it closes the curtain by the goodbye driving in 1983 (1983) .