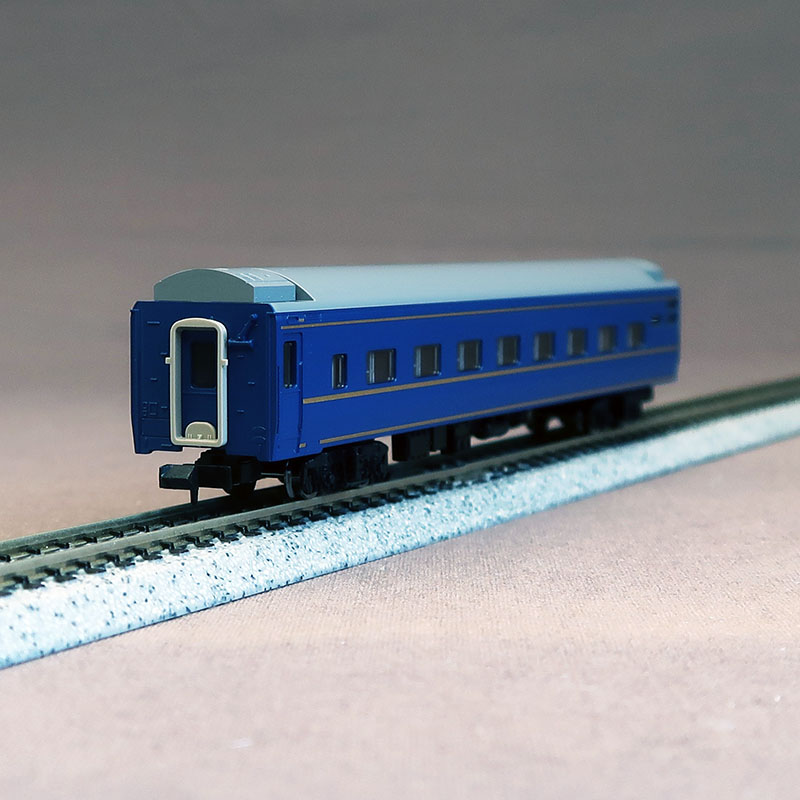 Information
Hokutosei is a sleeper limited express train between Ueno and Sapporo that appeared with the opening of the Seikan Tunnel in 1988, and has gained popularity since its start as a luxury sleeper train that connects private room sleepers, lobby cars, and dining cars.
The Ohane 25-100, which was modified for Hokutosei for cold regions, has the entrance / exit doors converted from folding doors to sliding doors, but the vertical dimensions of the windows that differ on the sleeper side and the corridor side have been followed.