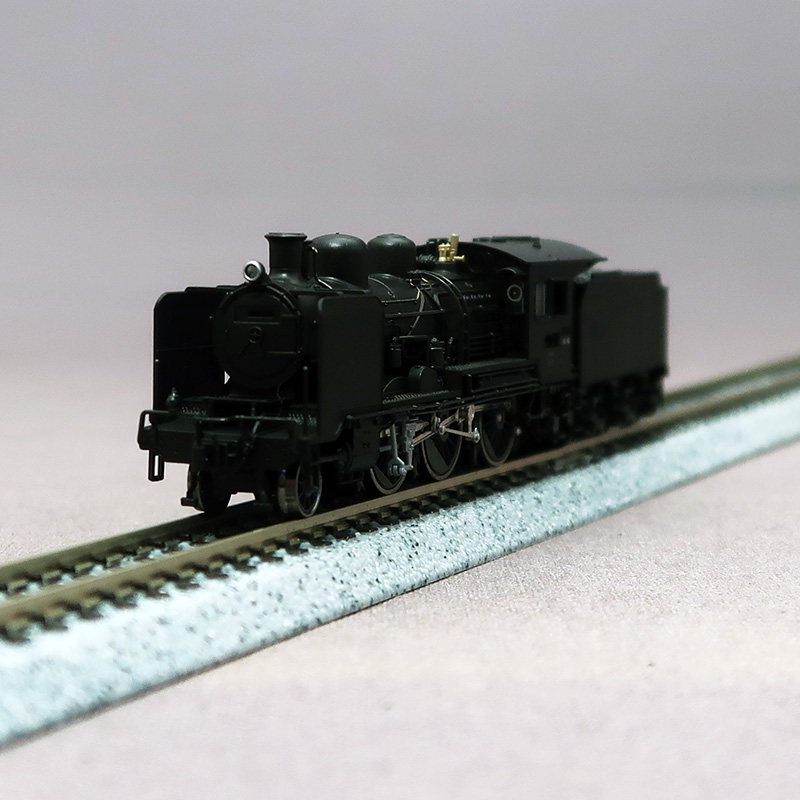 Information
Model 8620 is a steam locomotive that was active in the JNR era. Although it was born in 1914 (Taisho 3), it has high versatility and many vehicles were used nationwide for branch lines and replacements even after the Pacific War. In the Tohoku region, the freight train by the 8620 type Mieren seen on the Hanawa Line and the mixed train on the Gono Line are especially famous.

You can enjoy a wide range from small trains to triple trains that are the same as the actual trains by connecting passenger cars and freight cars of the JNR era. A snow plow is included and can be installed as desired.