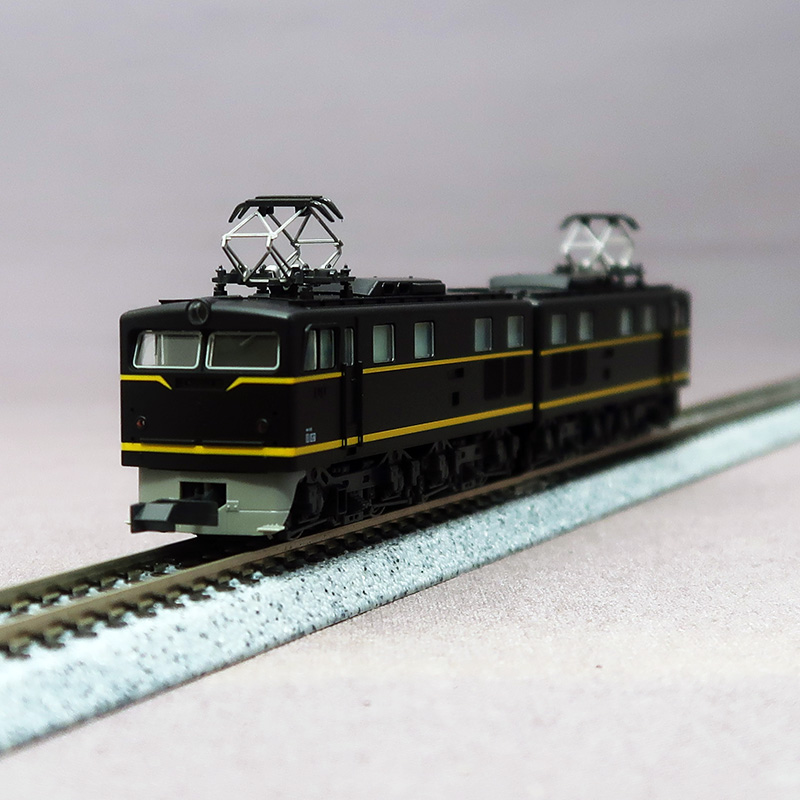 Information
The EH10 was the first Japanese two-body connected, H-class (8-axis drive) electric locomotive to appear in 1954 in 1954, and a prototype vehicle was produced. It made its debut before and after the complete electrification of the Tokaido Main Line, enabling continuous pulling of a 1200-ton freight train. As a state-of-the-art machine at that time, new machine axes such as a box-shaped car body without a deck, a sloping front window, a two-axis bogie trolley were included, but it appeared in later years, such as having the characteristics of the old model electric machine in terms of mechanism and performance. It had a specification that made me feel the transitional period to ED60 and EF60. In addition, the innovative paint color with a yellow stripe on the all-black body of a freighter will continue to make an impact today. Due to its huge body called the Mammoth locomotive, the EH10 continued to play an active role without leaving the Tokaido Main Line for life, but with the deterioration and the appearance of the following new aircraft, the scrapped car started, and in 1981 (Showa 56) Retired from active duty.