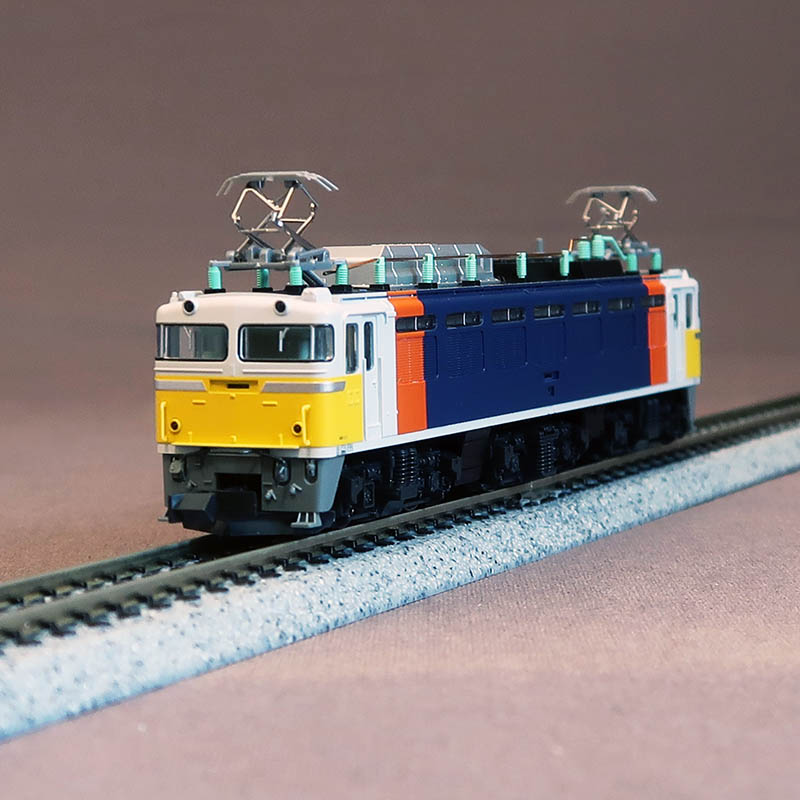 Informatoion
In line with the start of operation of the E26 Series Cassiopeia in July 1999, three of the EF81 (79, 89, and 92) were dressed in special paint. The design is characterized by a yellow, orange, and blue coloring based on white, and you can see that it is operated as a traction machine for the "Hokutosei" "Akebono" and freight trains in addition to the "Cassiopeia". I'm done. In 2008, the No. 89 machine was replaced with the No. 89 machine by Cassiopeia painting, and it continued to play an active role until the EF510 appeared in June 2010.