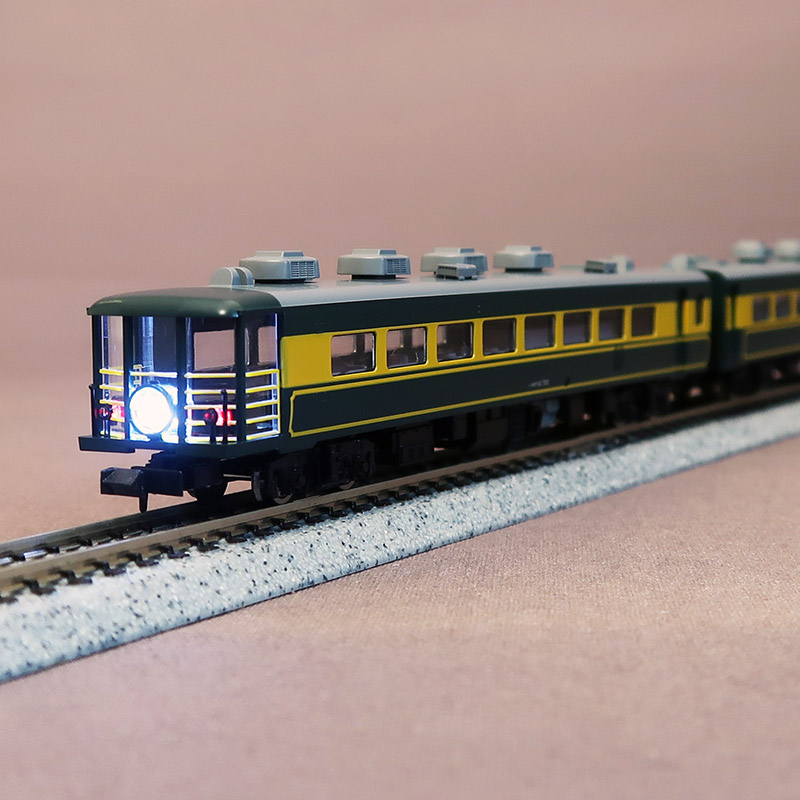 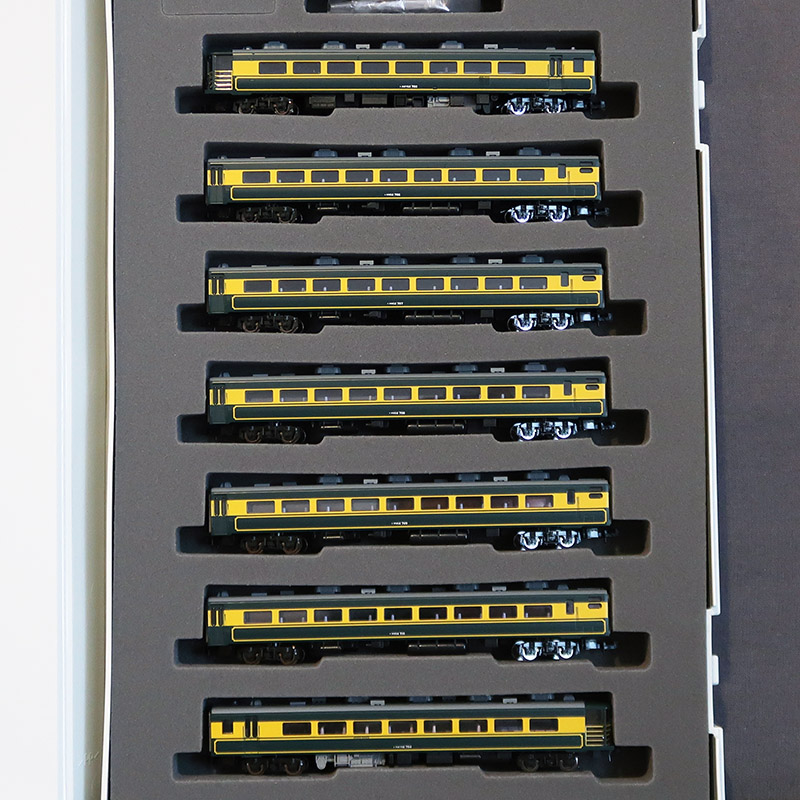 Information
The 14-series "Salon Car Naniwa" is a Western-style passenger car representing the Kansai area that was born in September 1983, following the "Salon Express Tokyo" that created the "Joyful Train" boom. It features an observatory deck and chic painting that resemble an observatory car.
In 1994, a major renewal work centering on the interior was done, the green car mark disappeared, and the side band color was changed from metallic gold to Yamabuki color.