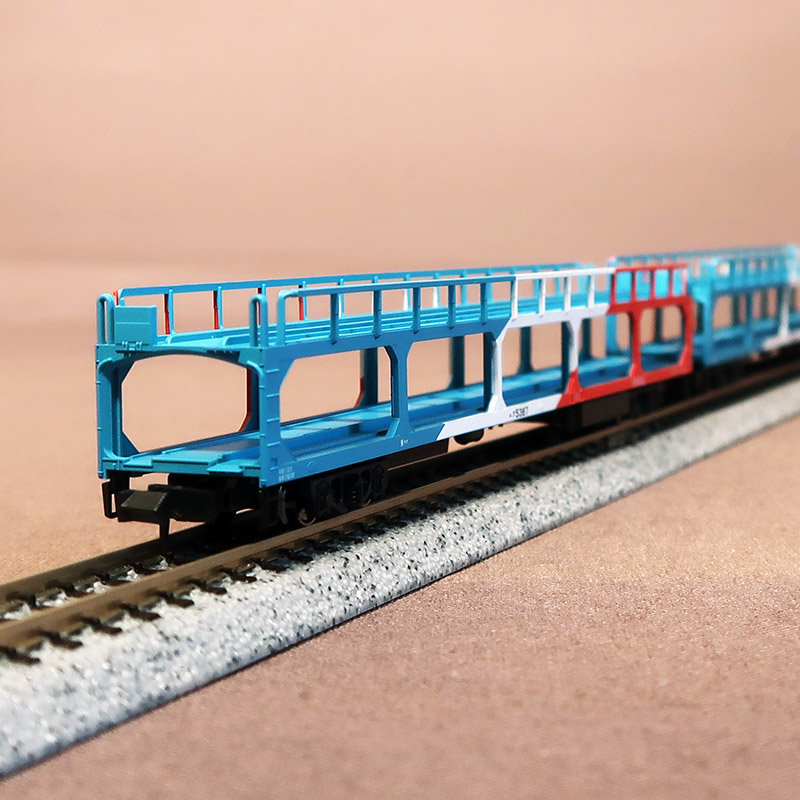 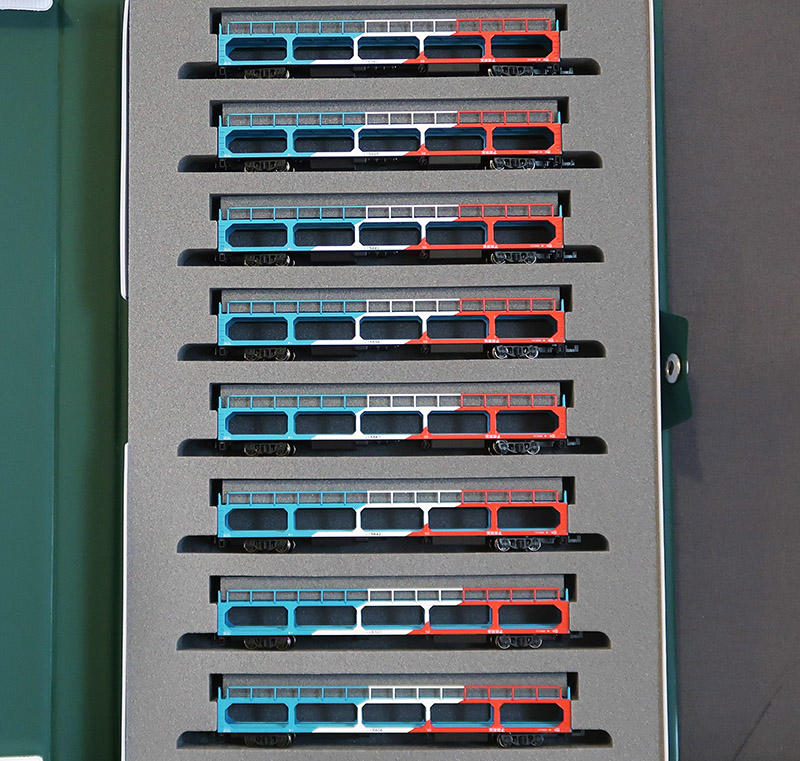 Information
We will renew and commercialize the Ku 5000, which was used nationwide for automobile transportation in the 1940s.
The Ku 5000 is a vehicle carrier that was introduced in 1966, when the number of Japanese automobile production was steadily increasing, with the aim of standardizing vehicle transportation. In the blink of an eye, it quickly reigned as a national railway freight carrier, and during the heyday, a special limited express (later express) train "Arrow" was operated, and a maximum of 20 trains of dedicated trains were active all over the country.
In March 1984, the final stage of the National Railways, automobile transportation by the Ku 5000 was temporarily abolished, but due to strong demand for passenger cars in Japan and overseas, Nissan Motor Tochigi started in March 1985. Rail transportation of factory-made cars is back. In addition to the special trains from Utsunomiya to Yokohama Honmoku (for export) and Chidori-cho (for domestic use), they were combined with special freight trains and transported to rural areas. After the two colors of red and blue were painted at the time of its appearance, it became a tricolor of blue-white-red, which was also the corporate color of Nissan Motor at that time, and the image was changed.
At that time, we selected Cedric and Pulsar that were often seen among the cars that were installed in the Ku 5000 as prototypes, and we will release 8 units with a total of 7 molding colors. It is suitable as a loading vehicle for "KU5000 Tricolor Color". You can also enjoy road accessories such as Geotown and Unitram, and the loading scene of the car train that stops at the freight station plate.