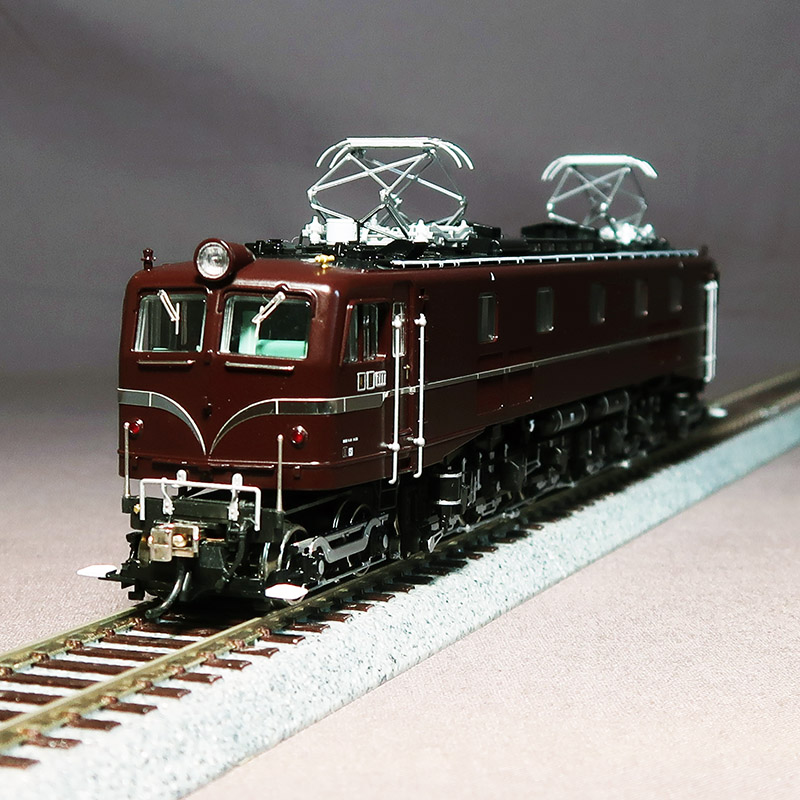 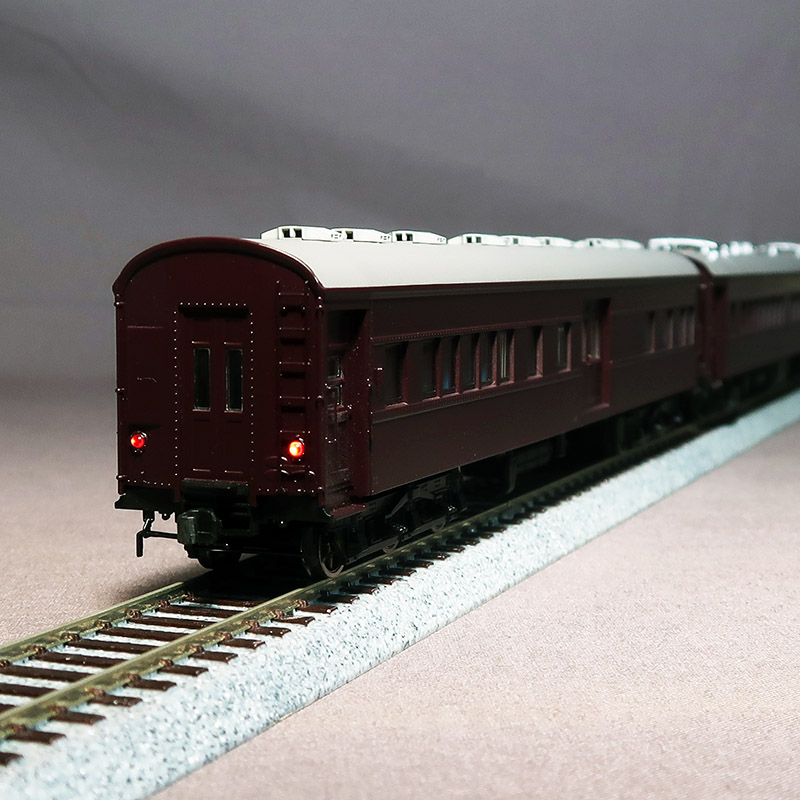 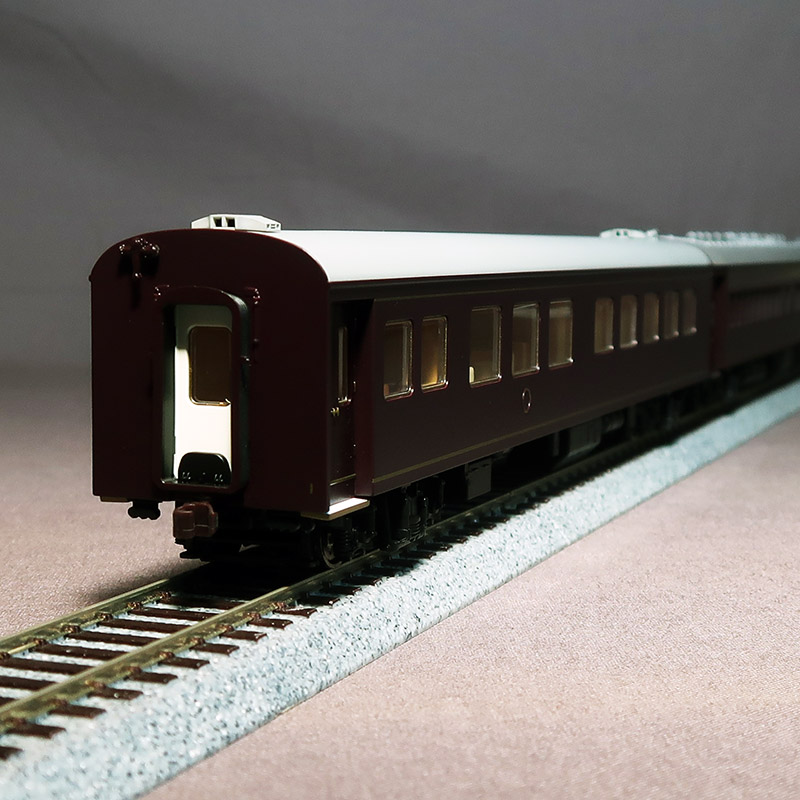 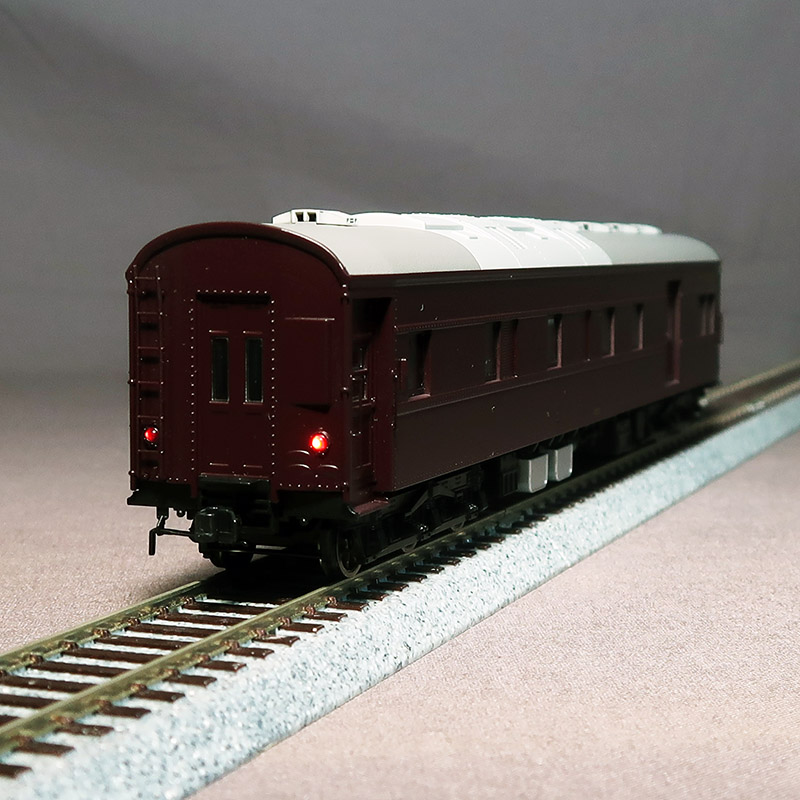 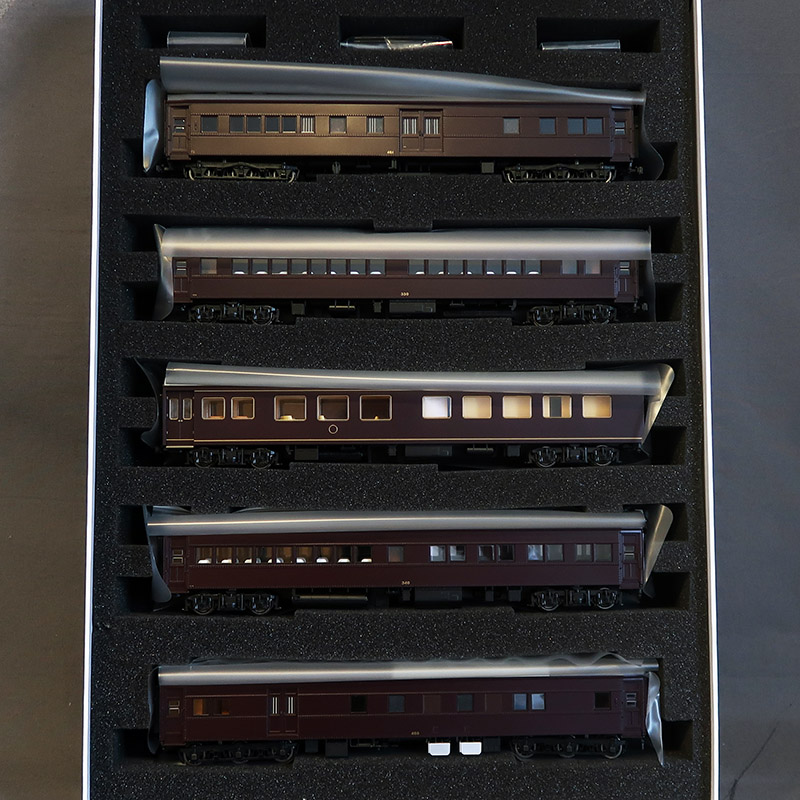 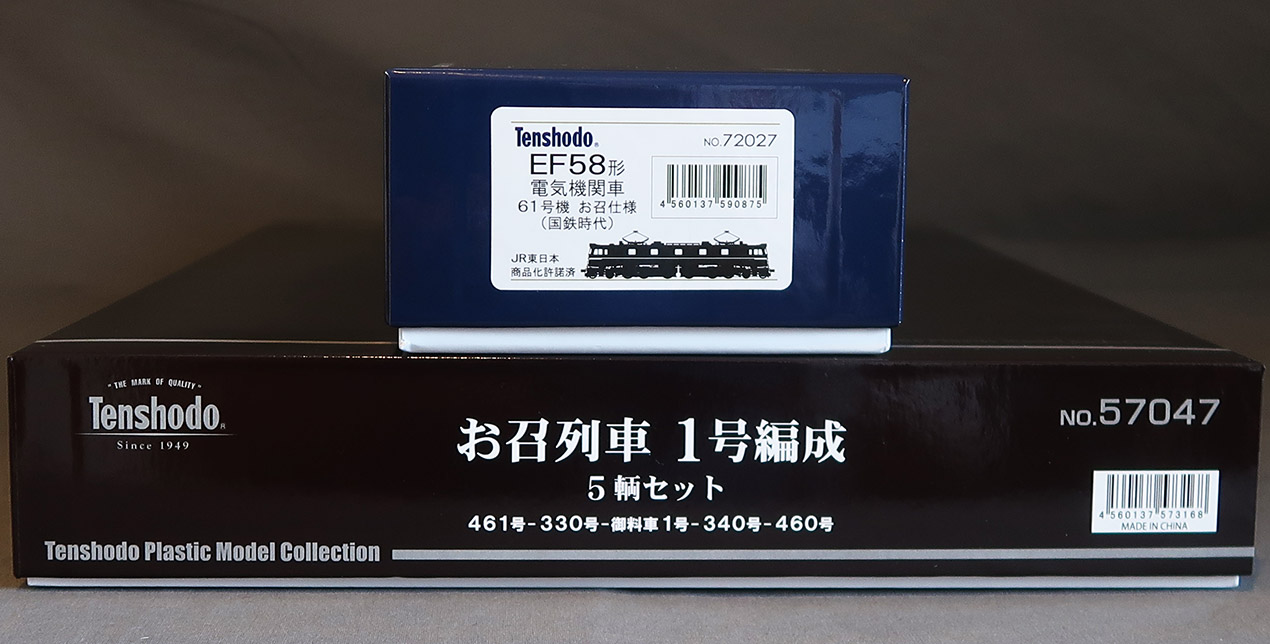 Information
EF58-61/Reproduce the figure when the train was towed around 1980-85 (Showa 55-60).
All wipers are double arms. The front drainer is swollen only on the driver side.
The machine room is light green. The undercarriage expresses polish.

PassengerCar/The No. 1 organization is a five-car organization consisting of No. 1 car and 4 service cars, and the car is especially packed with the latest technology at the time. The four service cars were renewed when the new No. 1 was organized, and the No. 460 became a power car in order to make it a fixed organization with a centralized power system. Since its first operation in 1960, it has traveled all over the country as a calling and passenger train.