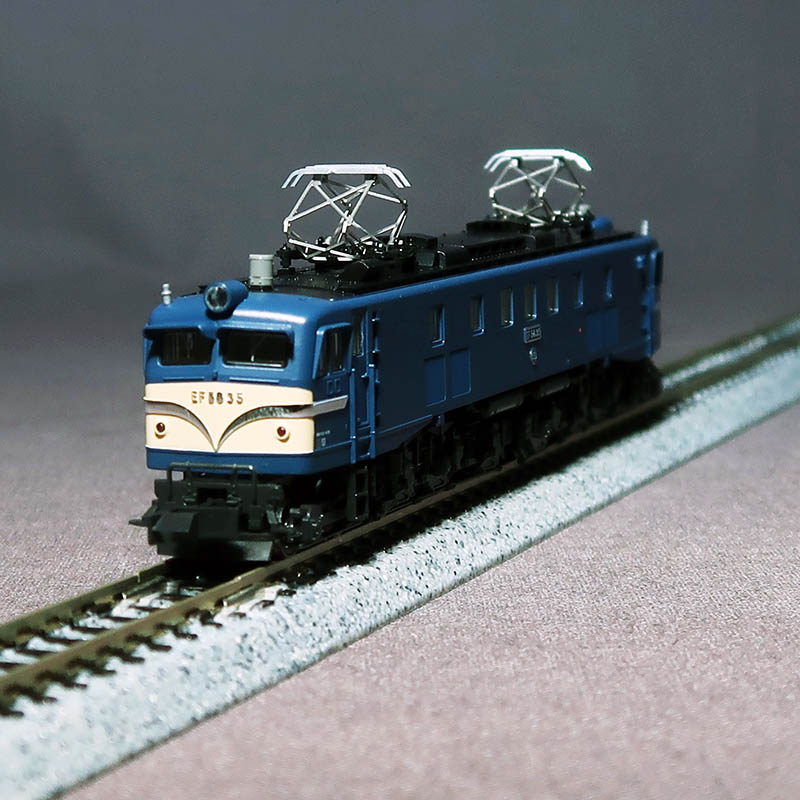 Information
The EF5835 is a locomotive that was manufactured by Toshiba in March 1955 (1952) and first appeared as a streamlined vehicle as the EF58. Because it was manufactured by adding a streamlined cab to the old car body, Showa as a deforming machine different from other EF58, such as 7 small windows with a side window, a large ventilator base on a roof, a small monitor, etc. It is a car that has been attracting attention until its scrapping of 56 years.