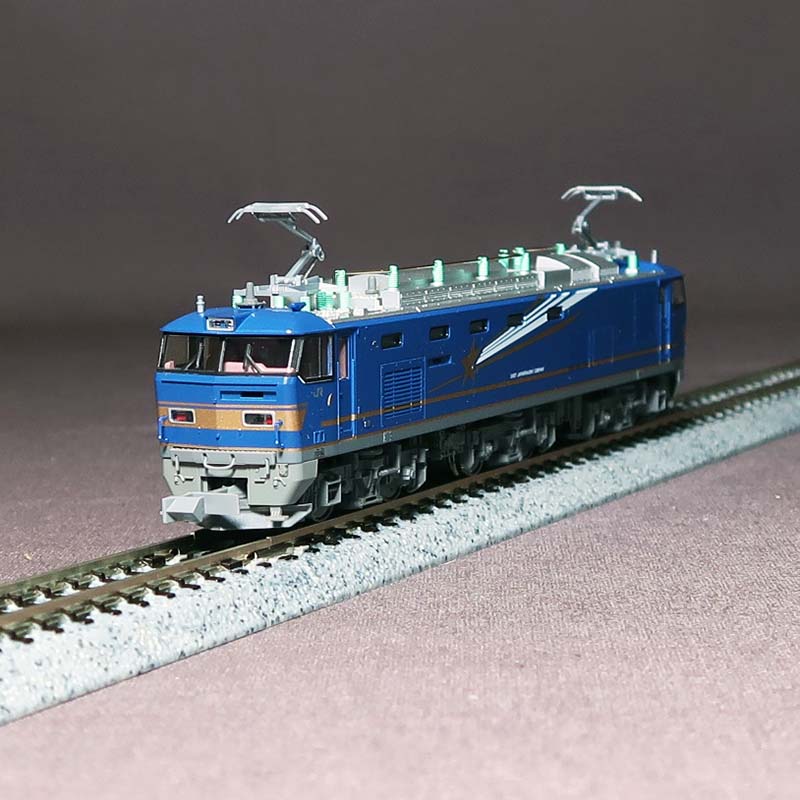 Information
EF510 AC/DC Electric Locomotive made its debut in 2001 to replace EF81 Electric Locomotive, operated on Japan Sea Coast Line and Joban Line.
The logo of English nickname for EF510 "ECO-POWER RED THUNDER" is painted on its body sides (on sacle model #3051 EF510 only, not on #3051-1).

Later in 2009, EF510-500 North Star Color Scheme made its debut to pull sleeper express trains such as North Star or Cassiopea. The locomotive's body color is changed into blue with a gold shooting star painted on it.