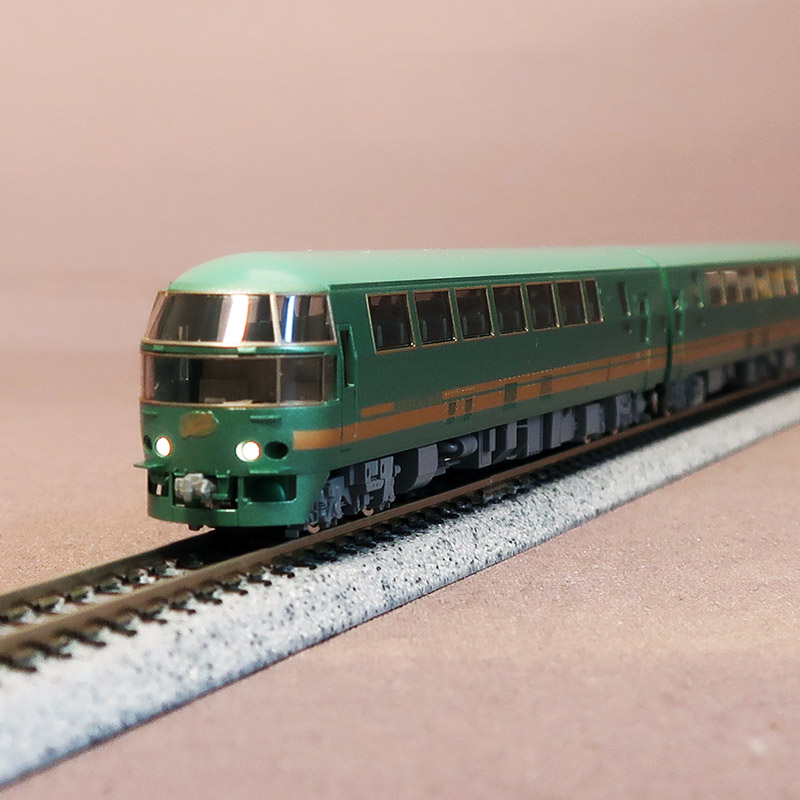 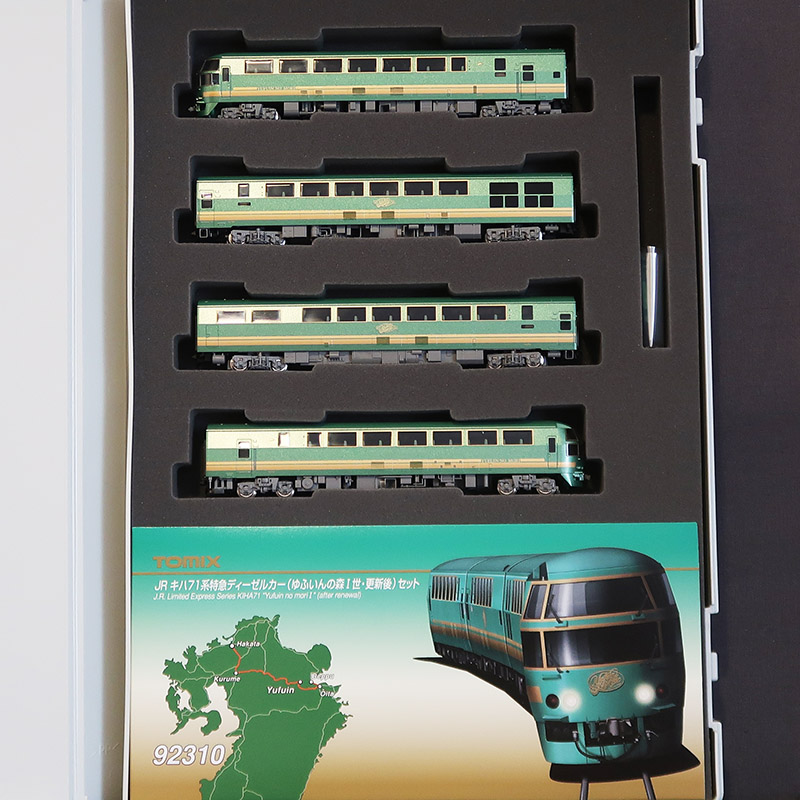 Information
Kiha 71 series (Yufuin no Mori) is a highland resort train that appeared in 1989 as a limited express train connecting Hakata-Yufuin-Beppu. Although the Kiha 65 and Kiha 58 are modified cars, the front part has a characteristic round shape with no penetration, making it a large curved window with a good view.
After converting to four cars, the interior was renewed and the engine was updated in March 2003, and it is now in its current form and is playing an active role.
The product will reproduce the organization after this renewal with Tomix high grade specifications.