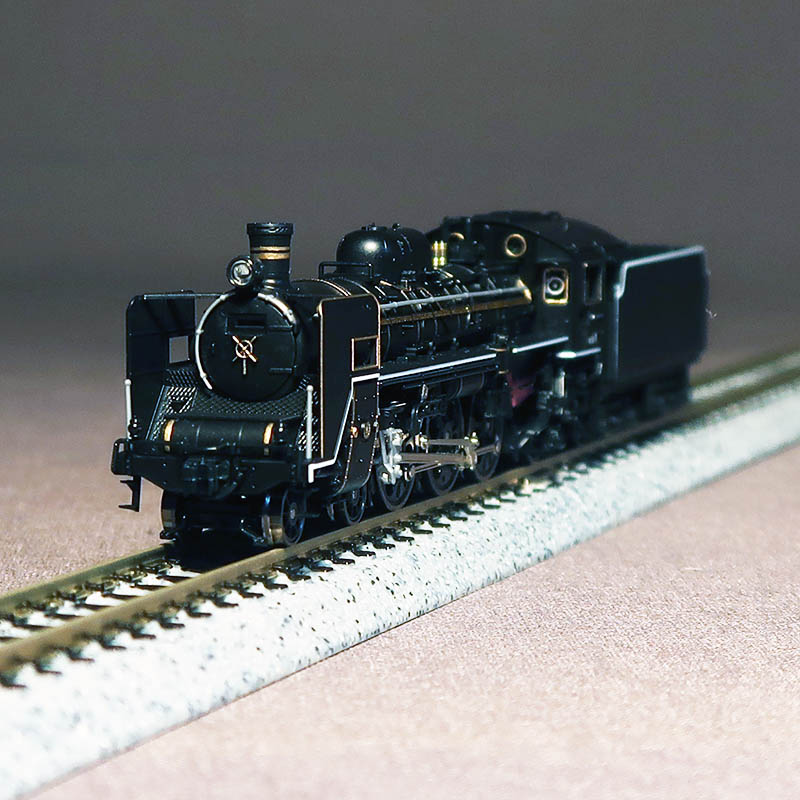 Information
The C57 Unit 1 was selected for the SL revival operation on the Yamaguchi Line, which began operation in September 1979, and was a locomotive stored at the Umekoji Steam Locomotive Museum at the time. It is one of the famous steam locomotives that has been taking over the role of towing since the SL Yamaguchi-go started operating and celebrating its 40th anniversary this year (2019).
Originally, the main service machine for towing the SL "Yamaguchi" was the C57 No. 1, an indispensable item for the 35 series 4000 series passenger car set. It is a recommended locomotive not only for users who already own the 35 Series Passenger Car Set and the D51 No. 200, but also for those who can prepare for the future.
It is also recommended to run in tandem with the D51 200, which has been realized in actual vehicles.