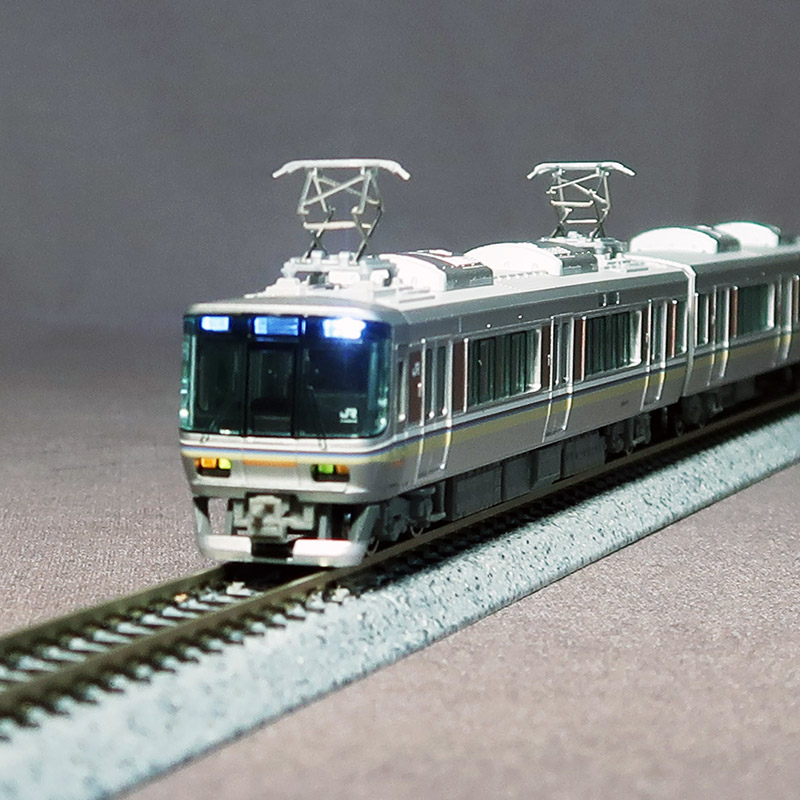 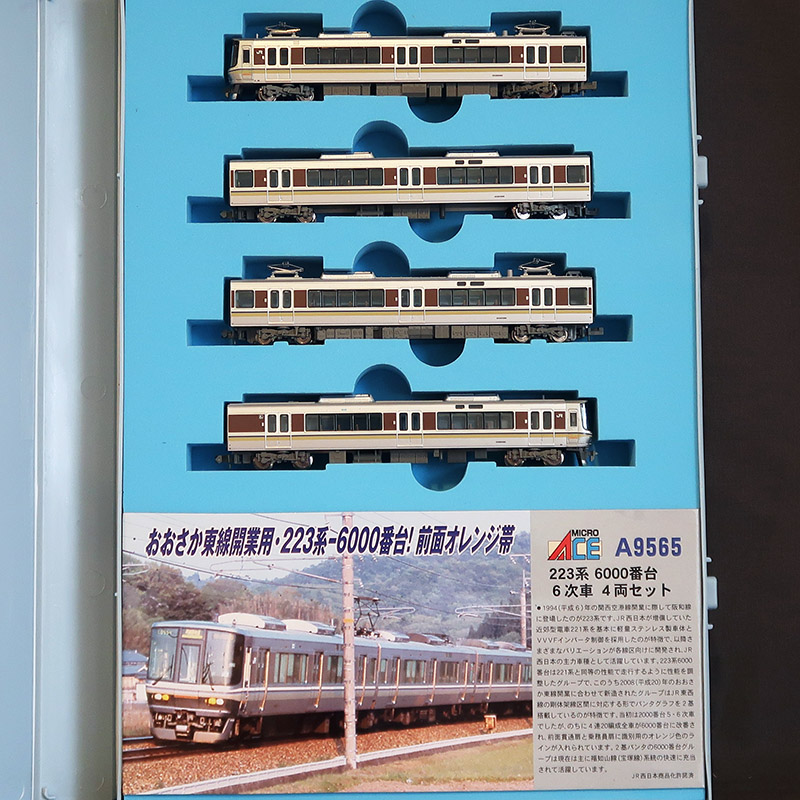 Information
The 223 series appeared on the Hanwa Line when the Kansai Airport Line opened in 1994. It is characterized by the adoption of lightweight stainless steel body and VVVF inverter control based on the suburban train 221 series that JR West has expanded. The 223 series 2500 series is a group that appeared in 1999 to compensate for the lack of leading cars as a result of the reorganization following the start of operation of the Kansai / Kishu Road Rapid service. The feature is that the seat arrangement in the room is 2 + 1 rows. Of the 223 series 4 trains and 35 trains in the Hineno Train Ward, there are only 5 trains composed of new cars. The 223 series 6000 series is a group whose performance has been adjusted to run at the same level as the 221 series. Among these, the group newly built in conjunction with the opening of the Osaka East Line in 2008 is a rigid body line on the JR Tozai Line. The feature is that two pan tag roughs are mounted corresponding to the section. Initially it was the 5th and 6th cars in the 2000s, but later all 4 cars in 20 trains were changed to the 6000s, and an orange line for identification was put on the front through door and the crew door. The two Panta Group 6000s are currently being used mainly for the Fukuchiyama Line (Takarazuka Line) system.