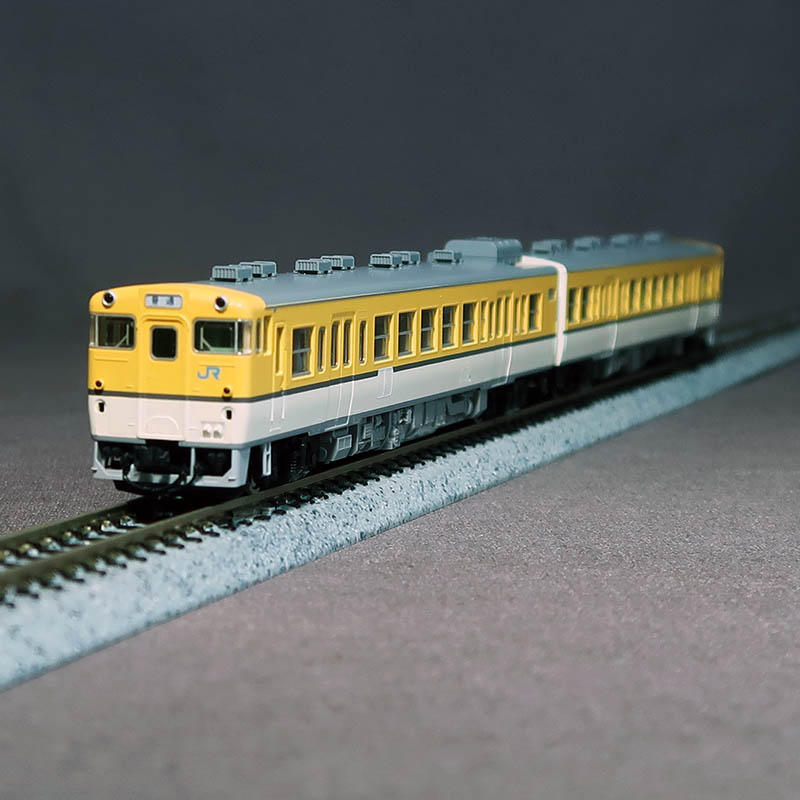 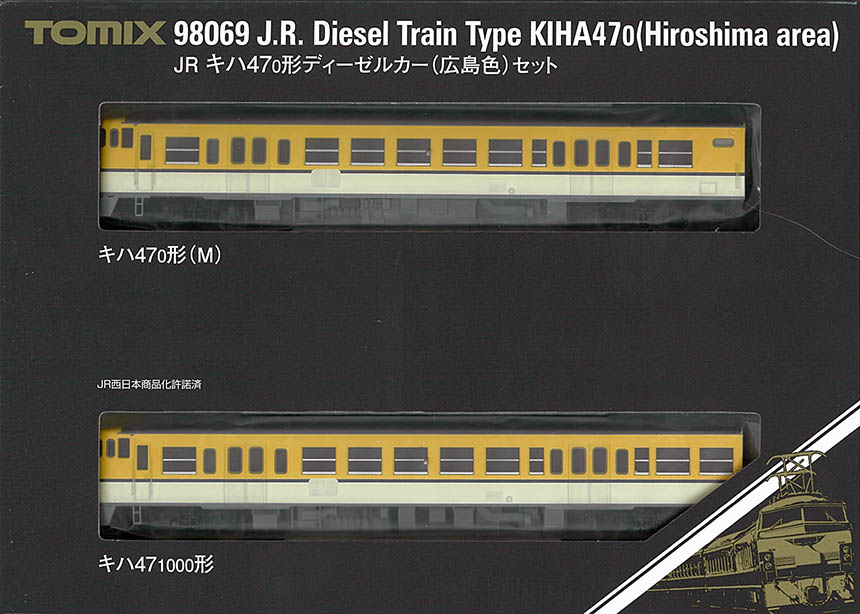 Information
The Hiroshima color that appeared around 1992 was colored yellow and white with a gray belt, and was used in the Kiha 40 series.
The Kiha 47 model 0/1000 series has appeared as a warm-ground compatible car mainly for the West Japan region, and the guest window is equipped with a two-step-up unit window.
The 0th generation is equipped with a toilet with a water tank on the roof, and the 1000th generation is characterized by a clean roof without a toilet.